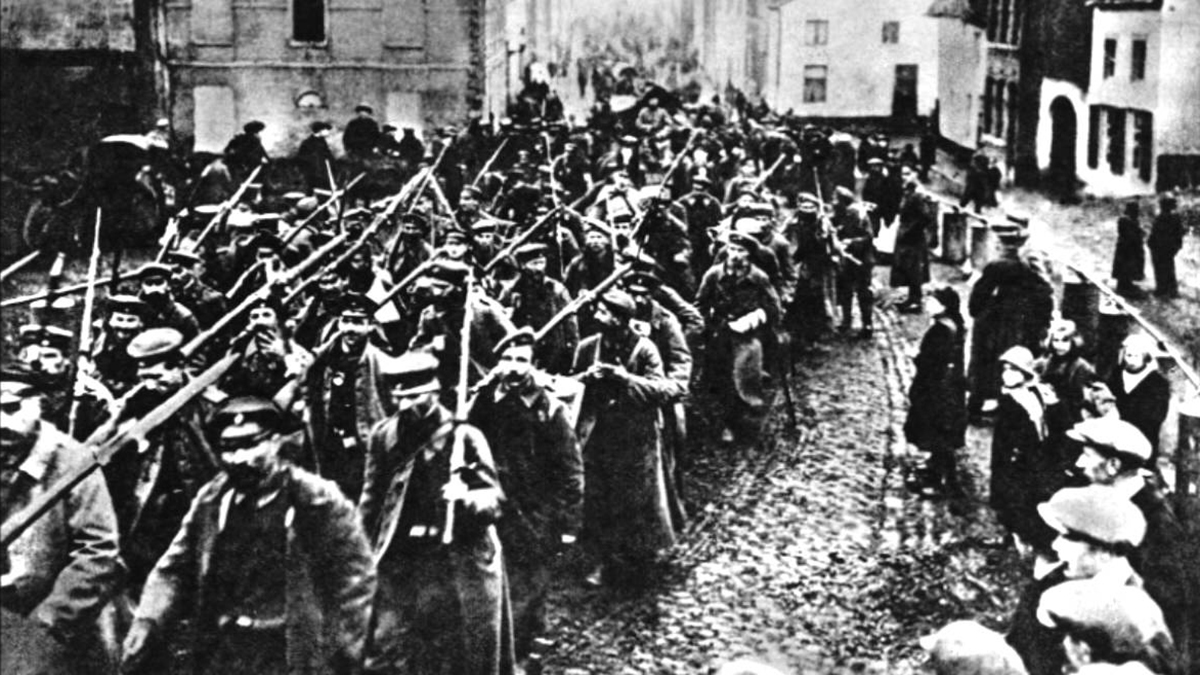 It is easy to dismiss the present state of our Republic as yet another momentary crisis which, though perhaps pivotal, will blow over by the end of the year or maybe next. After all, we are the country of the Salem Witch Trials, McCarthyism and the day care sex abuse frenzy of the 1980s. It’s quite possible that this moral panic, too, shall pass without eroding the Constitution.

The alternative scenario is much more grim: We could be witnessing the early stages of our own Weimar moment. The name “Weimar”, as most readers will know, refers to the German republic erected when Kaiser Wilhelm II abdicated his throne after World War I.

The republic was plagued from birth by the heavy burden of reparations imposed on it by its former enemies. There was also bitter resentment on the Right about the perceived stab in the back the establishment had dealt to the country when it surrendered in 1918 (the infamous “Dolchstosslegende“). Throughout, Communists vied for a take-over like the Bolsheviks in Russia. The Great Depression of the early thirties proved the final straw. In 1933, the young German republic buckled under the centrifugal forces of political extremism.

Progressives love to believe that the lesson we need to draw from this dark episode in history is that there’s a singular political threat out there — racism, bigotry, Nazism — which it is the duty of all decent people to face head-on, and that this end justifies whatever means necessary to achieve it. Indeed, this is what seems to be playing out on the streets at the moment.

If only history were that simple. The true lesson the Weimar Republic offers us is that action draws reaction: Extremists from both sides of the political spectrum battled each other on the streets of Berlin and other cities, and the central government was unable to control the turmoil, much less to firmly take root in German society. Throughout its short life, the republic was continually under attack from the Left and the Right, both of which openly questioned the legitimacy of, and in fact outright despised, the democratic regime. The Weimar Republic was mockingly called “the democracy without democrats”.

The tone was set even before a constitution was adopted, with the Spartacist Uprising of January 1919, a failed Communist coup d’état which was struck down by the right-wing paramilitary Freikorps made up of Great War veterans. The coup’s ringleaders were summarily executed in lieu of a trial.

In what was post facto labeled a landmark moment in the Weimar Republic’s tragic history, the Blutmai (“Bloody May”) of 1929 saw 33 people die and over a thousand arrested in violent clashes between Communist rioters and the police.

The anarchy on the streets, along with the economic depression, continued indignation over the treatment of Germany by its former enemies, and an animal cunning on the part of Adolf Hitler, is what ultimately drove the Nazis to power. Powerless to control these forces, the Weimar Republic collapsed under its own weight.

Is it conceivable that a similar fate awaits present-day America? Up to this point, the danger resides decidedly on the Left, which is now fueled by a religious fervor not unlike that seen during the French, Russian and Cultural Revolutions. The iconoclasts currently raging through our cities firmly believe that the United States is rotten through the core and politically irredeemable.

“If this country doesn’t give us what we want, then we will burn down this system and replace it,” Hawk Newsome, chairman of Black Lives Matter of Greater New York stated publicly the other day. Does this sound like somebody who values the power of dialog and the moderating force of democratic deliberation? This person is not even hiding his anti-democratic intentions any longer.

The problem is not just that the outcome desired by the protesters is as unpalatable to the masses as it is elusive, but that their actions may spawn violent efforts by folks on the far Right to protect any people and property in harm’s way. With more guns than people in this country, the mayhem would be complete if left and right-wing groups started battling each other in the streets.

The irony is that the majority of Americans may support nationalist paramilitaries vowing to bring back law and order over their anarchist counterparts looting and destroying our cities. Every statue toppled further empowers the extreme Right.

This is all the more true since those in power stand by idly at best while cities burn. In fact, Democratic leaders have been openly sympathizing with the rioters. That their message is being received is made clear by something else Hawk Newsome said: “The moment people start destroying property, now cops can be fired automatically. What is this country rewarding? What behavior is it listening to? Obviously not marching.”

This Democratic pandering to the thugs brings to mind Churchill’s famous quip that the appeaser is one who feeds a crocodile hoping it will eat him last. If Nancy Pelosi and Joe Biden think they’re woke enough in the eyes of this crowd, they’ve got a nice surprise coming for them.

To be sure, the United States today is not Weimar Germany of 1930. Our constitutional system is still firmly embedded in society, and there’s no widespread poverty. Nevertheless, it’s remarkable how blazingly fast our culture has changed — and how quickly public faith in our institutions has eroded. Moreover, with the coronavirus lockdowns slowly coming to an end and the effects of the CARES Act fizzling out, a deep economic crisis could become the force multiplier here.

If progressives were to acknowledge any analogy to 1930 Germany, it would be that, in their view, President Trump puts the same authoritarian tendencies on display as the man who finally undid the Weimar Republic. And they would all too happily lay the blame for this crisis at the feet of the president.

It would be folly to take this revisionist reading of history seriously, however. The erosion of legitimacy of not only our Constitution, but of Christianity, the nuclear family and other bourgeois institutions, did not emerge out of thin air in November 2016. It has been brewing in higher education for almost a century. Folks who chuckled or rolled their eyes at what happened first in 1968 and then at Evergreen State College in 2017 now have to concede that the ideas driving those events have over time percolated into, and finally flooded, society as a whole.

None of this is to dismiss the potential threat coming from the extreme right — because it’s there. But what we’re witnessing today is nihilism and sectarianism, both birthed by postmodernism, coming to full fruition. And where faith in republicanism and democracy stalls, cries for radical alternatives find a willing ear. In this regard, I fear we are not quite unlike the Weimar Republic.

As the Fourth of July holiday is around the corner, it would be good for all of us to step back from this violent moment to count our many blessings. Here we are in 2020 America, whose balance sheet surely consists of more than just slavery, racism and unjust wars. Historians three millennia from today will still be in awe over what our country has achieved in just a few centuries. That thought should spark some humility in all of us.

But sadly, humility is another virtue of a bygone era, and one not particularly dominant in the hearts of the folks who are out on the streets bringing down our statues at the moment.